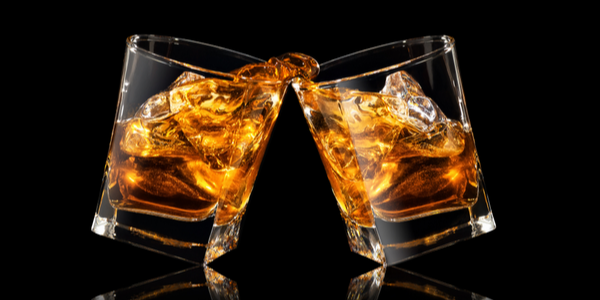 How well do you know the different types of bourbon? This classic form of American whiskey made mostly from corn dates back to the 18th century. It has become a worldwide favorite and enjoyed abundantly plenty of fans.

Prerequisites of a Bourbon

First, Let’s review the main requirements that make up a bourbon:

3. The mash (which is the grain mixture of wheat or rye and malted barley) must contain no less than 51 percent corn.

Aging requirements are not strict when distilling bourbon. High-quality batches age for a minimum of four complete years. If it takes less than 2 years to produce a bourbon, it needs to be listed on their packaging.

This approach calls for between 70 and 80 percent corn. Traditional bourbon also has equal portions of barley and rye. With no coloring additives allowed; to keep the color exact, distilleries will reuse a portion of a previous mash that contains yeast, grain, and water.

Traditional style bourbon is spicy with a sweetness that contains smooth notes of caramel, oak, and vanilla. The more rye a bourbon contains, the spicier it will become. Individuals enjoy traditional bourbon on the rocks, neat, and in cocktails.

Popular drinks that commonly call for traditional bourbons include the Old Fashioned, the Mint Julep, the Kentucky Mule, and the Boulevardier.

This style of bourbon calls for a little less corn, much less barley than a traditional recipe, and doubles up on the amount of rye. When packed with high quantities of rye, the spirit becomes less sweet and much spicier. Typical notes include a likeness to rye bread that’s also peppery.

Popular drinks that commonly call for bourbons high in rye are the Rye Manhattan, the Rye Smash, the Man O’ War, and the Bourbon Old Fashioned.

Although this recipe is nearly identical to the traditional approach, the defining difference is the replacement of rye with wheat. As a result, sweetness is pronounced in comparison to its traditional counterpart. This is because an additional sweetness is also provided by the corn and the end result is smooth, soft, and as sugary as a pure bourbon gets.

Popular drinks that commonly call for wheat bourbons are the Forbidden Sour, and the Bernheim Buck.

Finally, now you know what makes the different types of bourbon unique!

Check out our full list of 2019 SIP Award winning Bourbons, visit our results page here and make your next spirits purchase “Consumer Approved.”