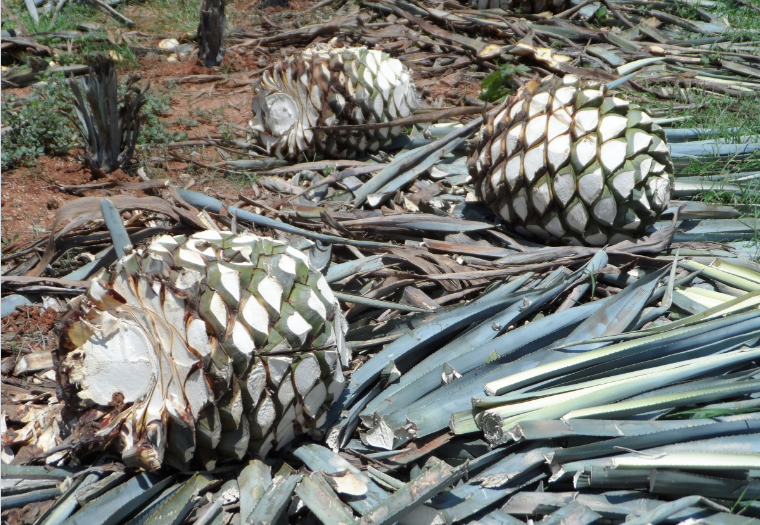 If you enjoy tequila, you’ve likely wondered: “how is tequila made?” As one of the most recognizable and celebrated spirits, the tequila has produced some of the most popular brands and signature cocktails to date. It derives from the blue agave plant (scientifically known as the agave tequilana).

Depending on where the agave is harvested in Mexico, the plant can produce different flavors. For example, agaves from the highlands release a sweetness highly associated with the spirit. However, agaves harvested from the lowlands release a more botanic taste. Due to regulatory reasons enforced by the Mexican government, there are only a handful of Mexican states that produce blue agave tequila: Guanajuato, Michoacán, Jalisco, Tamaulipas, and Nayarit.

Regarding mezcal, it is also made from agave, however, it is allowed production in any Mexican state and is regulated less strictly than tequila.

So How Is Tequila Made?

Tequila begins with harvesting blue agave plants that have matured between eight to 10 years. The harvesting process includes removal of all leaves until only the core is left, which can weigh between 40 and 50 pounds. The core is known as the piña because it resembles a pineapple after the leaves have been stripped. The piñas are then chopped up and roasted in furnaces specifically designed for this process.

While roasting, the piña’s starches are turned into the sugary substance that makes the fermenting process possible. After the roasting process, the cores are cut up and placed into a press, which crushes the juices from the piña. The collected juices are stored in fermentation tanks.

Yeast is then added to the tanks which consumes the sugars from the piña’s pulp. The result of yeast eating sugar becomes beautiful, delicious alcohol. The tanks are heated lightly, which releases carbon dioxide. This process takes between 30 to 48 hours which will yield about a six percent alcohol level. The fermented liquid is distilled a few times in stills. The initial distillation provides a substandard distillate, while the next two distillations are used for purification purposes. This process allows the liquor to exhibit the aromas of the agave while creating a purified experience. At this point, the tequila should yield anywhere from 38 to 55 percent alcohol

Aging tequila in oak barrels for two to three months creates gold tequila, and tequila reposado requires at least a year of aging in a barrel. A premium version referred to as tequila añejo is aged for several years, which is why it’s considered the highest quality tequila the industry has to offer.

The Mexican government has strict requirements to ensure tequilas are made with standards. For example, a tequila must be aged between two or three weeks; no less. It must also contain at least 38 percent alcohol and must use only natural ingredients. And, of course, it must contain it’s prized ingredient, the blue agave which must be grown and produced in Guanajuato, Michoacán, Jalisco, Tamaulipas, and Nayarit.

The next time someone asks, “how is tequila made?” you can answer with confidence, but just as importantly, make sure to look at all the 2019 SIP Awards winners in the tequila categories here and remember to support all the hard-working brands that have been proven themselves to be worthy!

Subscribe to our newsletter below to stay up to date on all thing SIP!